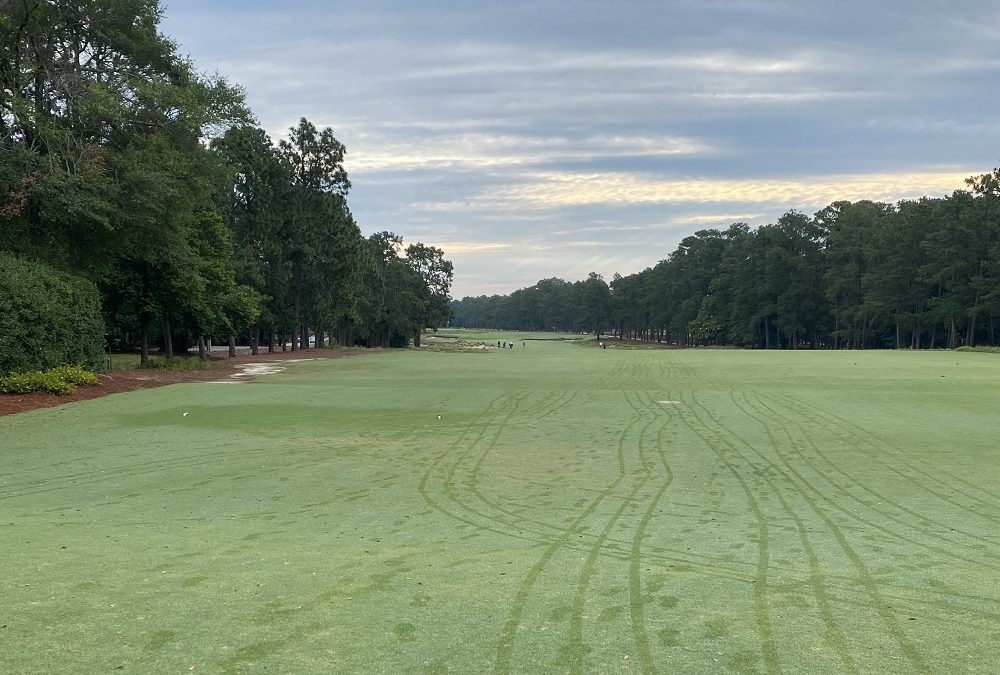 The Home of American Golf is Officially in North Carolina

The Home of American Golf handle on Instagram representing Pinehurst, Southern Pines and Aberdeen needs a blue check. That title is now verified.

That’s exactly what the recent announcement by the USGA that it will build Golf House Pinehurst and hold five U.S. Opens at Pinehurst No. 2 between now and 2047 means for those towns.

The decision for the association and the village is so obvious. The USGA and North Carolina have had a long and fruitful partnership. The organization has held 33 championships in the state since 1955 — the crown jewels of those being the three U.S. Opens played at Pinehurst No. 2.

“By having the ability to lock in five U.S. Opens starting in 2024 with four more after it, that’s huge,” state Sen. Tom McInnis (R-Richmond) said.

Mike Davis, the CEO of the USGA, said recently that Pinehurst No. 2 is the first in a group of anchor courses where the association will hold future U.S. Opens. McInnis said the USGA was “only interested in moving to one physical location, and that was to the Cradle of Golf and that is here in North Carolina.”

And how cool is that?

The Open Championship is held at a rotation of 10 courses in England and Scotland. That’s part of what makes that tournament as special as it is.

The duel between Stewart Cink and Tom Watson at Turnberry in 2009 would not have been as exciting as it was if it weren’t for the duel between Watson and Jack Nicklaus at the same course more than 30 years earlier.

Now, let’s not overlook the non-U.S. Open tournaments the USGA played in the Sandhills over the recent years.

The U.S. Women’s Open was held at Pinehurst No. 2 in 2014 as part of that historic back-to-back with the men’s championship. Before that, Pine Needles Lodge and Golf Club in Southern Pines had been a tournament site three times since 1996. The course is set to be a U.S. Women’s Open site again in 2022.

Last year’s U.S. Amateur was played on the redesigned Pinehurst No. 4, and next year’s U.S. Junior Amateur will be held at The Country Club of North Carolina in Pinehurst.

But golf in the Sandhills is so much more than the world-famous courses, the amount of championships held in the area, the economic impact the sport has on the area, or the governing body’s future museums and testing facilities.

Golf in the Sandhills is seeing what Donald Ross saw almost a century ago. It’s Payne Stewart making that putt on the 72nd hole to win the 1999 Open. It’s sitting on the back deck at the Mid Pines Inn just watching groups come up 18. It’s late-night putting with a drink in hand and a few more in your system.

Golf in the Sandhills is an adventure to another realm.

Adam Houston is a freelance writer and editor based in Winston-Salem. When he isn’t pounding the keys on a laptop, he usually can be found chasing a ball on a golf course. Follow him on Twitter at @AdamRHouston and on Instagram at @adam_r_houston.